This is the third post of my reversing series following the previous posts about Reversing.kr.

This time, I’ll be working on the next challenge, Replace. I got 0 context from this name, so I actually can’t guess the functionality of this executable before trying static analysis.

First, like always, let’s run and see what the executable does! 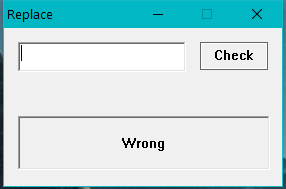 Ah, we see a similar prompt from Reversing.kr’s Easy Crack, so we must look out for DialogBoxParam calls when we throw it in IDA!

Seems like it’s taking in a flag, and when we click “Check”, the program will perform a check to see if our flag is correct. We must try and reverse this checking algorithm, so let’s begin with IDA!

We can easily found the DialogBoxParam call here at sub_401000. Again, it is executing the DialogFunc function, and this will be the focus of our analysis. 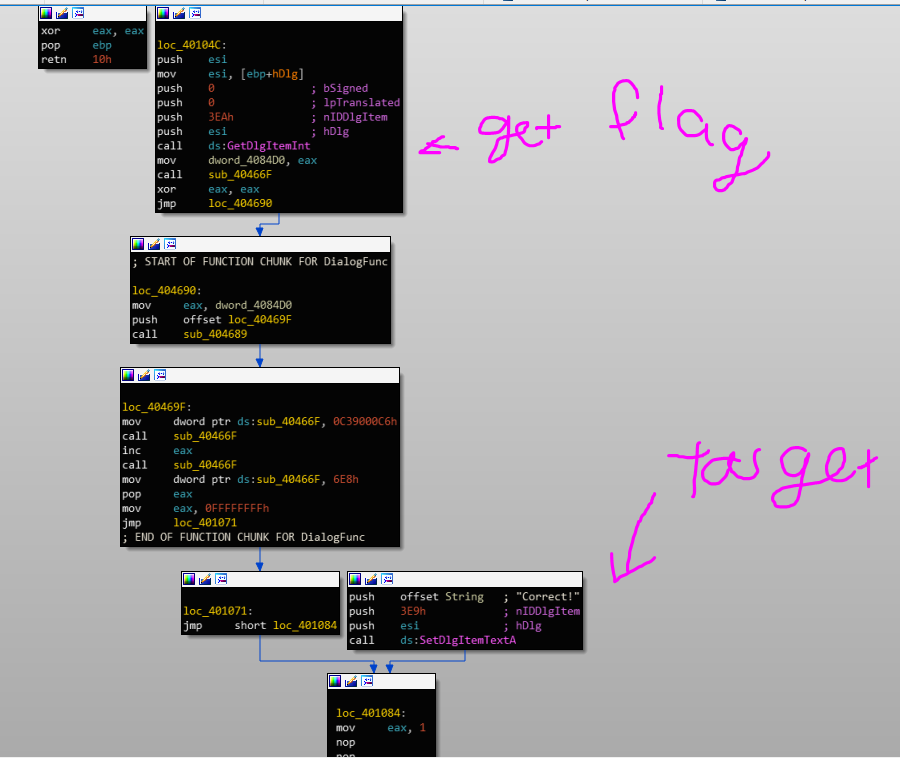 First things I notice is the GetDlgItemInt call, which takes our input from the dialog box and load it in dword_4084D0. Let’s rename dword_4084D0 as input_flag.

Next, we see a bunch of sub_40466F calls, and then the function just returns. This is weird because our target is right above loc_401084, but nothing leads to it so it can’t be executed.

When I see this, it’s clear that this executable can self-modify to change its own instruction based on our input_flag. Let’s look at the assembly code without the graph view.

We must analyze the sub_40466F calls to see where they will modify these instructions. 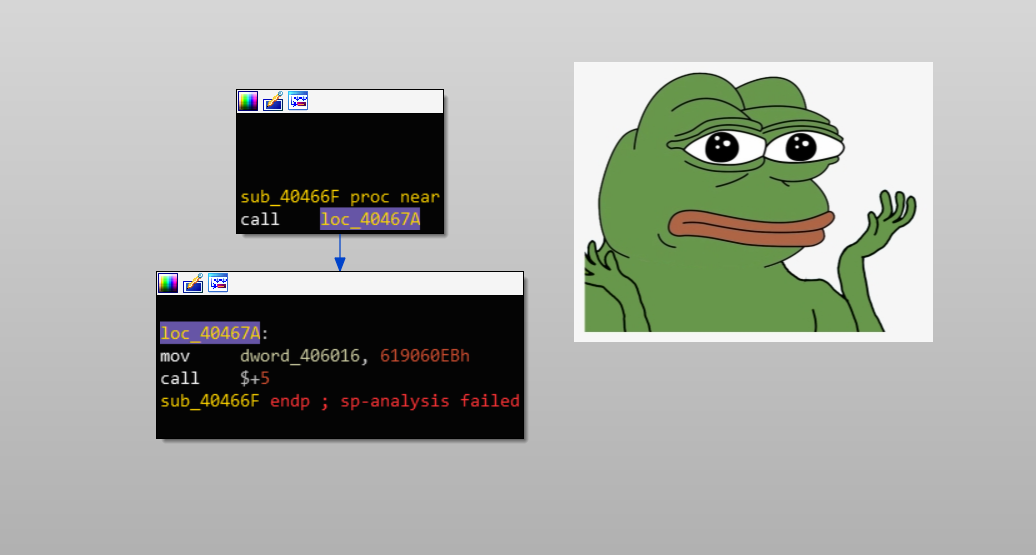 Alright, mission abort I guess. This is just raw x86 Assembly written by the author of this challenge instead of generated Assembly code. Ew

Our static analysis stops here mainly because we must run and debug this manually to see what is in memory and which instruction is being called.

So, let’s throw it into x64dbg and see how it goes.

Here, we see that our input is stored in dword_4084D0, which is our input flag. Let’s keep track of this and see how the code modifies it. 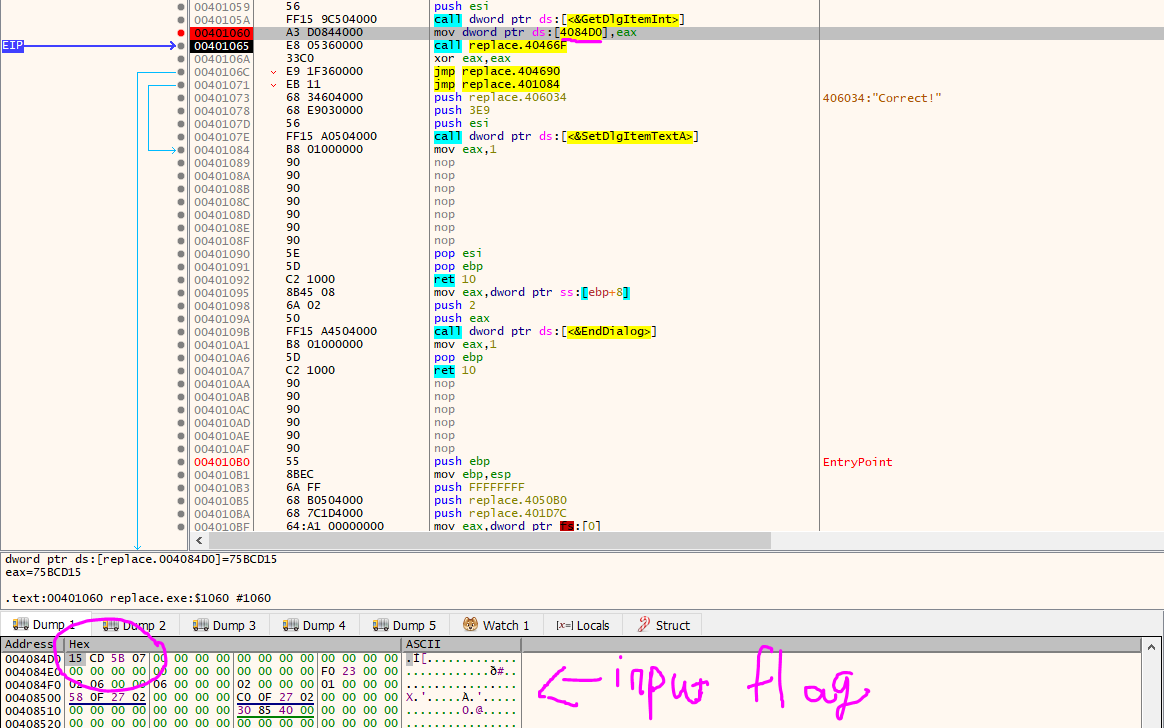 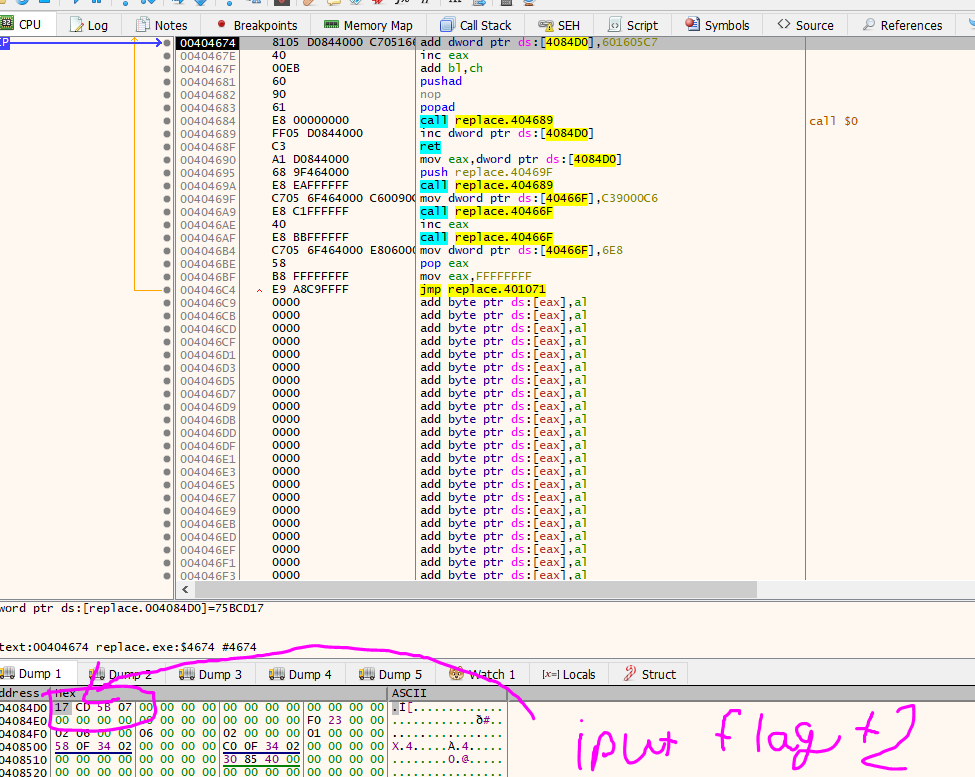 So here, input_flag is incremented by 2 again, and pushed to the stack as the parameter for *sub_404689 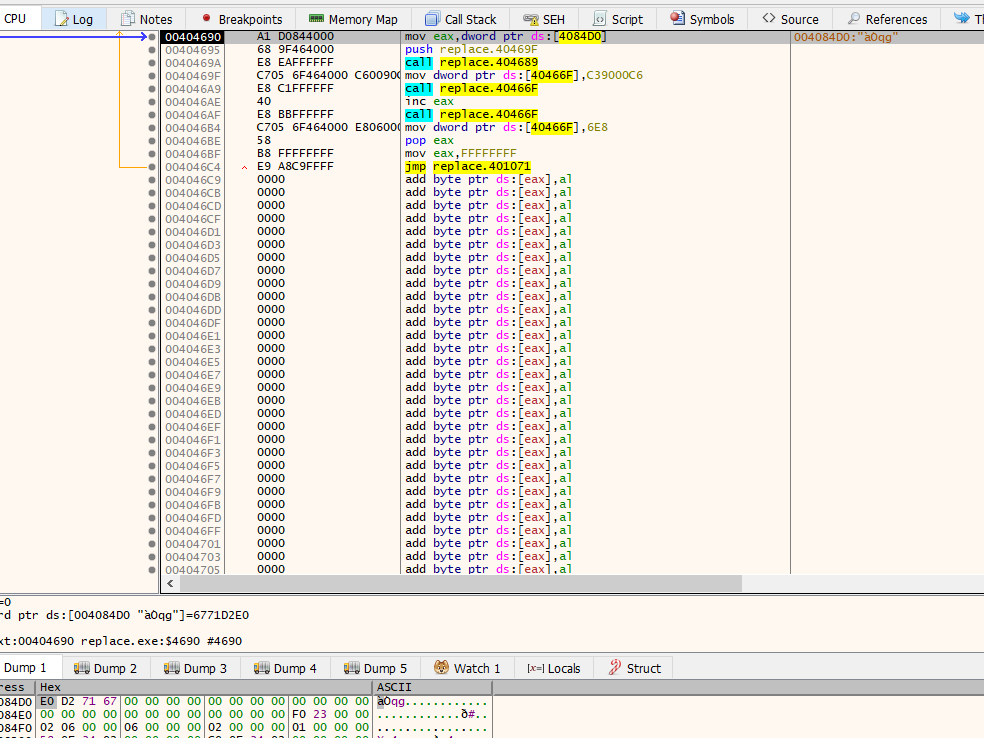 Ah hah, so here, we are writing a NOP instruction into whatever eax is pointing to, which is input_flag + 2 + 0x601605C7 + 2. If we can get this value to be 0x401071, the instruction there will be overwritten into a NOP, and we will execute the Correct message.

Let’s do some quick math!

We don’t need to worry because math is completely different on computer because of something called OVERFLOW!!

Basically, eax register can only store at most 32 bits, so even if we try to write something that is greater than 32 bits, it will only contains the lower 32 bits of that number.

Let’s have n be 1. So now our equation becomes

When we put this into the executable, we get the Correct message!!! 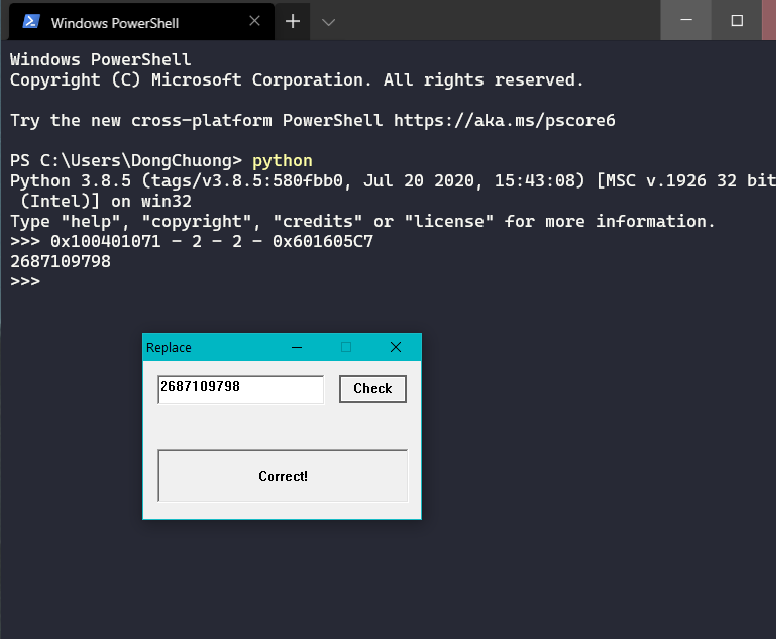 In this challenge, we learn how to avoid handwritten x86 Assembly code immediately and just let the debugger handles our job! Also, we learn about how numbers work inside the computer’s registers!!